Netflix’s Vanishing at the Cecil Hotel Is the Next Haunting... 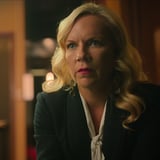 The trailer for Netflix’s next breakout documentary has arrived. Crime Scene: The Vanishing at the Cecil Hotel, premiering Feb. 10, centers on the mysterious death of Elisa Lam. The Canadian college student disappeared during a trip up the California coast in 2013, and her last known location is just one of the many bizarre things surrounding the case.

Lam was staying at the Cecil Hotel, a once-glamorous hotel near Los Angeles’s notoriously violent Skid Row. Over the decades, the Cecil had hosted numerous killers, including Night Stalker Richard Ramirez and Austrian serial killer Jack Unterweger. Deaths (accidental or otherwise) at the hotel itself may stretch into the hundreds, but it’s Elisa Lam’s untimely death that led to countless theories by internets sleuths because of a tape the police released of her strange behavior in the hotel’s elevator.

Whether you’ve heard of the case or not, the trailer will surely pique your interest. Take a look, then dive into theorizing while you wait for the four-part docuseries to debut.