WandaVision Is Marvel’s Chance to Finally Do Right by Scarlet... 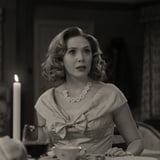 Wanda Maximoff entered the Marvel Cinematic Universe in 2015’s Avengers: Age of Ultron as one half of a powerful brother-sister duo bent on causing chaos. Unlike her mutant counterpart, Wanda wasn’t born (or turned into via experiments if we’re going by the retcon) a mutant with the ability to warp reality. Instead, she and her twin brother Pietro (aka Quicksilver) gained their abilities by volunteering as test subjects in Hydra experiments to create supersoldiers. The two were exposed to the Mind Stone, which granted Wanda telekinetic and telepathic abilities. Instead of being the formidable mutant she was introduced as, Wanda was now an “enhanced human,” and her powers suffered a corresponding demotion.

Related: It’s Going to Be a Marvelous Winter: Disney+’s WandaVision Set to Premiere in January

This isn’t to say that the MCU’s Wanda is a docile damsel – she’s grown a bit since her debut. With every appearance, her powers have come to somewhat resemble the chaos magic she’s known for in the comics. After losing her brother in Age of Ultron, she joins the Avengers and learns energy manipulation, allowing her to create force fields and bolts of energy. By Infinity War, it’s obvious that she’s powerful, but the hows and whys are never really defined. She’s the only person capable of destroying the Mind Stone in Vision’s forehead and does so while holding Thanos back – a feat that literally no one else can accomplish in any of the films until Captain Marvel appears in Endgame. So it would be quite fair to say that Marvel recognizes Wanda as a force of nature, but they haven’t given her the time she deserves to delve into her abilities. That’s mainly been given to the big three: Tony Stark, Steve Rogers, and Thor Odinson (and it says something that it took 11 years into the franchise to make a female-led film, but that’s another story).

“Marvel is finally taking the time to delve into the mind of one of its most powerful Avengers and it’s using some of the biggest stories of her comic run to do so.”

MCU’s Wanda has always been a character full of potential that’s been on the sidelines as her story gets told through the eyes of everyone else around her. But now, the Disney+ series WandaVision is meant to explore Wanda’s past and the full capabilities of her telekinetic powers post-Endgame, as well as serve as a lead-in to Doctor Strange in the Multiverse of Madness, which Elizabeth Olsen will also star in. Every look we’ve gotten at the six-episode limited series has hinted at a dizzying mindf*ck of epic proportions that mixes comic lore with every college Psychology course you’ve ever taken as a freshman. And I don’t mean that in a bad way! It feels like Marvel is finally taking the time to delve into the mind of one of its most powerful Avengers, and it’s using some of the biggest stories of her comic run to do so.

For any comic book reader, it’s clear that the show draws from “The Vision and the Scarlet Witch” and the infamous “House of M” storyline in which Scarlet Witch suffers a mental breakdown and tries to alter the fabric of reality to recreate her lost children. A lot of the story won’t apply to Wanda since she doesn’t have children (yet), but the idea of her altering reality explains the sitcom setting of WandaVision. It means that the MCU will align Wanda’s abilities more closely to her mutant counterpart, giving her a powerful boost in the franchise and hinting that she may be the catalyst to the introduction of the X-Men. (Which is ironic considering that “House of M” ends in the decimation of mutants.) It also implies that WandaVision will be exploring Wanda’s psyche and mental health, an aspect that the movie franchise has glossed over a few times.

“I want to see her realize she’s powerful enough to bend reality to her will and relish that instead of fear it.”

Wanda’s powers have always been linked to her emotional state, so the fact that this young woman has been through so much sh*t – including the destruction of her home, the death of her twin brother and her lover – hasn’t bent the world in half, is a miracle. It’s heady to believe that WandaVision will allow Olsen to fully tap into the tragedy of Wanda and allow her to play with how she deals with what is now her reality after Endgame. Having been a faithful watcher of Sorry For Your Loss, I do not doubt that Olsen can deliver the performance that will make the six-year wait for Wanda to get some depth worth it.

I’m not asking for much! I’m just hoping that WandaVision manages to do what Winter Soldier did for Steve Rogers: give her some edge, some purpose, some feelings. I want to explore why Wanda volunteered to be experimented on when she was young. I want to delve into how the death of her twin brother spurred her to join the Avengers. I want to understand why she found solace in Vision and how they fell so deeply in love that she went through such extremes to keep the Mind Stone in his head. I want to know how getting her abilities from the Mind Stone messed with her mind. I want to know how playing with people’s minds has affected hers. I want to see her realize she’s powerful enough to bend reality to her will and relish that instead of fear it. And I want her to own that!

Related: A Handy Breakdown of All the Marvel Shows Set to Premiere on Disney+

Okay, maybe that is a lot for six episodes, but I’ve been waiting for years! I can at least hope that Marvel understands that this is their head start. They’ve had this badass on the team for ages and because of (what I’m assuming were) legal reasons, couldn’t let her shine in all that badassery. But now that Disney owns Fox, I want to see Wanda in her full Scarlet Witch drip. Maybe not the costume because it’s 2021 and we’re not doing that, but the phenomenal cosmic powers, yes, please!

As the first-ever Marvel series, WandaVision has a lot of hype to live up to. I know that it won’t please everyone, and it won’t be everything I’m hoping for. But if there’s one thing that this series can do for every Marvel fan – and especially for us Scarlet Witch lovers – it’s to cut the reins and let Wanda be Scarlet Witch. Let her be the powerful witch that has works on her trauma, still battles her demons, and sometimes makes sh*t go awry with her world-bending abilities.

And let her bring us those mutants!