Netflix’s The White Tiger Is a Tale of Rebellion and... 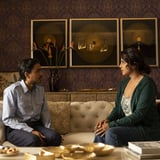 Netflix’s new film The White Tiger stars Priyanka Chopra Jonas, Adarsh Gourav, and Rajkummar Rao. Based on the New York Times bestselling book by Aravind Adiga, it tells the story of poor villager Balram who ends up working as a driver, before escaping poverty against all odds.

Working as a servant to a powerful couple in India, Balram makes himself indispensable and only later realizes that his masters don’t have his best interests at heart. As he witnesses their injustice and becomes the unfortunate recipient of misdirected anger and abuse, the film explores his battle with morality and his desire to be treated with respect. It’s not much to ask, but for Balram – someone who society has deemed nothing more than a simple servant – it’s an unattainable goal dreamt up by someone whose path has already been written.

A refreshing tale of rebellion, The White Tiger showcases the economic and emotional disparity between the rich and the poor in India, while exploring the possibilities of what could happen when those who are at the bottom of the food chain, so to speak, begin to stand up for themselves. Executive produced by 13th and When They See Us filmmaker Ava DuVernay, alongside Priyanka Chopra Jonas and Mukul Deora, the film is set to be quite the watch.

Check out the trailer for The White Tiger above, ahead of its Netflix release on Jan 13.